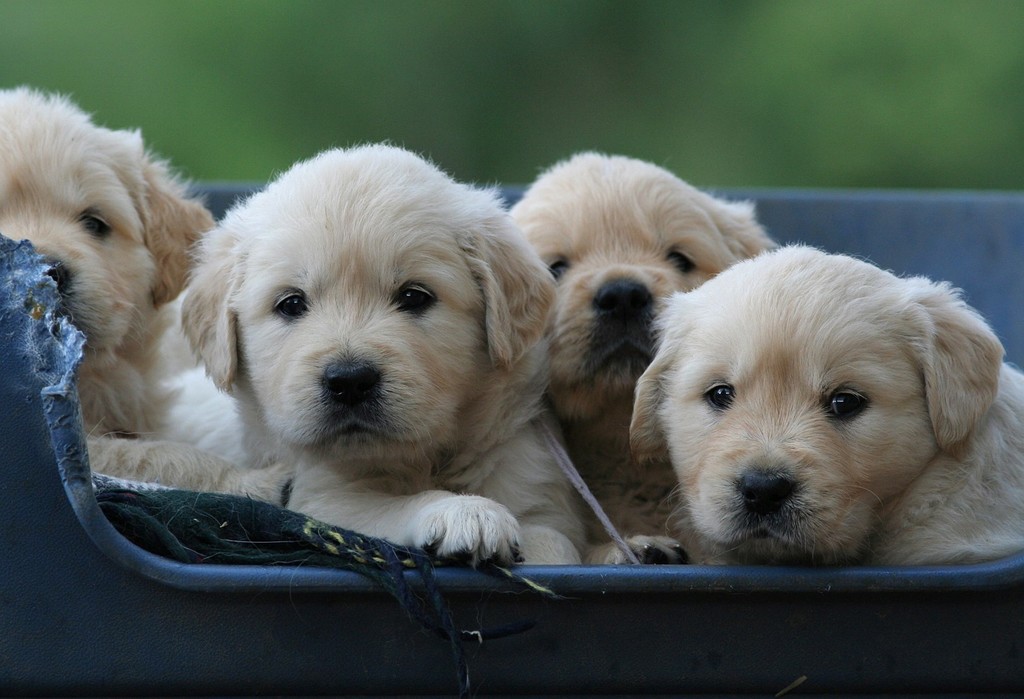 Preparing a webinar series is a lot of work… but also a lot of fun. In the initial production stage, I go back to what I learnt during my time in academics: collecting data, organizing them and integrating them into what will be the final webinar story. While preparing our next webinar series, I found out that skin disorders are among the most common diagnoses made in puppies less than a year of age. This is when I read more about a disease called juvenile cellulitis. Aka puppy strangles.

I’ve been asked about this problem a few times. And in this 2016 paper on skin issues in veterinary pediatrics, there were more than three pages just on this disease. I took a lot of notes so that I could share them next time I’m asked about it. And now that my notes are organized, well, I thought I should turn them into a blog so that everyone could take a look and learnt about this potentially life-threatening disorder in puppies. You know the say : «  An ounce of prevention is worth a pound of cure. » Look below, you’ll learn more about it !

#1 Puppy strangles is the term dog breeders usually use (and I must admit the first time I heard it, I had no idea what it meant… but that is probably due to my French background I guess). In veterinary medicine this disease is referred to as « juvenile cellulitis », « juvenile pyoderma » or « juvenile sterile granulomatous dermatitis » .

#2 Something important : in 2016, what causes this disease in puppies is still unknown.

#3 There is no breed or sex predisposition, although some authors speculate that certain breeds (Gordon Setter ; Dachshund ; Golden Retriever) may be over-represented and that there might be a line-effect.

#4 Some hypothesized it could be an immune-mediated disease. No bacterial or viral cause has been evidenced.

#5 To sum it up, this disease is a pure inflammation of the skin. There is no underlying infectious cause involved in it, even though several puppies inside a litter can be affected.

#6 It mainly affects puppies between 3 weeks and 4 months.

#7 In terms of clinical signs, it usually starts with a swelling of the face (especially muzzle and periorbital regions). Pustules (=pimples containing pus) develop during the early onset of the disease. They quickly rupture leaving behind crusted lesions.

#8 Those lesions quickly lead to hair loss, skin induration and later ulceration of the affected areas.

#9 Progression of the skin lesions leads to hypo- or hyper pigmentation. The deep inflammation tends to damage the hair follicles, leading to scarring of the affected regions of face / chin / muzzle.

#10 50% of affected puppies are febrile, inappetent and inactive. This condition is potentially life-threatening and is considered as a veterinary emergency.

#11 Obviously, there are other disorders to rule out when confronted to those symptoms. Those include bacterial infection of the skin, severe demodicosis (infection by the parasite Demodex canis) and severe demartophytosis (=ringworm).

#12 What helps veterinarian in the diagnosis is that it is a sterile suppurative disease. When they look at the pus present in the lesions, there is no trace of bacteria or parasite. It appears as a pure inflammation, with no underlying infectious cause as mentioned earlier.

#13 The treatment of choice is based on the use of specific corticosteroids .

#14 Rapid clinical improvement (within a week) is usually seen. A speedy drop in temperature and an improvement in appetite demonstrate the correct treatment is being administered

#15 The prognosis for resolution is very good but unfortunately scarring and concomitant alopecia (=hair loss) of the most severely affected regions is common. Hyper- or hypo- pigmentation may be a post-inflammatory effect

#16 There is no data to support a heritable cause or that the condition is a predisposing factor for additional immune-mediated disorder as an adult dog.

Hope this will help you guys ! Don’t hesitate to share any experience you might have on this topic, that would be great !

Thanks Michelle ! Glad to read you enjoyed the blog !

In my 18 years of breeding Havanese I've had 2 puppies develop this condition. The first puppy ( 8 yrs ago) recovered completely and no effects. The second puppy is now 4 months old and appears in remission, her lympth nodes were very swollen as well as all your symptoms you described in your article were also apparent

The puppy was treated with Prednisone, the appetite and activity level were always good.

Thank-you ! not many articles describe this condition !

I keep hearing about puppy strangles but had no idea what it was.  Thanks for giving a clear, concise definition for me.  For some reason, I had thought that it was more a bronchial type of inflammation.