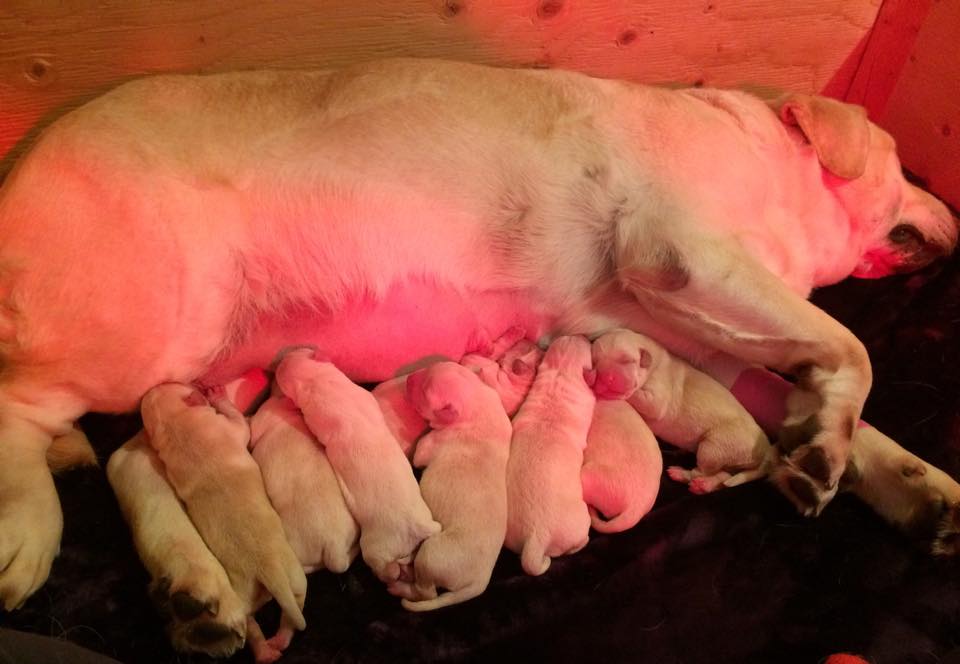 If you breed dogs and cats, you must know the following term : colostrum.

What is it precisely ?


Colostrum is the first milk produced by the mother, and plays two essential roles in newborn puppies & kittens :

- It provides them with their first immune system : at birth, puppies & kittens have nearly no immune system at all. They are very fragile, sensitive to any pathogen they might encounter. To overcome this situation they need to drink the colostrum, which is enriched in antibodies (=blood proteins, component of the immune system that are able to identify and neutralize pathogens) coming from the mother. If they drink the colostrum, they will absorb antibodies from their mom and will be protected against the disease she has immunity for as well the ones she has been vaccinated for.

- It acts as an energy booster : puppies have few reserves right after birth, so they need to drink this high energy milk to start their new life outside the womb on the right foot.

Altogether, you get it : drinking colostrum is a first essential step for newborn puppies & kittens.


It’s all about timing


When I was a young veterinary student, I heard many things about colostrum absorption: « Colostrum is produced during the first two weeks after parturition »  ; «  Puppies & kittens can absorb the colostrum during the first 2-3 days following their birth »… Well, let me tell you, many of those were definitely NOT true. Recent data have been published on the topic, that I believe are important to share with breeders :


- 1 / Colostrum is produced during the first 24 hours after the onset of lactation. Not after parturition, after the onset of lactation. That is important because some bitches and queens will start lactating days before giving birth… In those cases, does this impact the quality of the colostrum at the time of parturition ? Well, we don’t know for sure, and in routine, it is quite hard to evaluate the colostrum quality at the time of parturition like it is done in other species. One thing you can do : check the color, that is qualitative appreciation, but that can definitely help ! 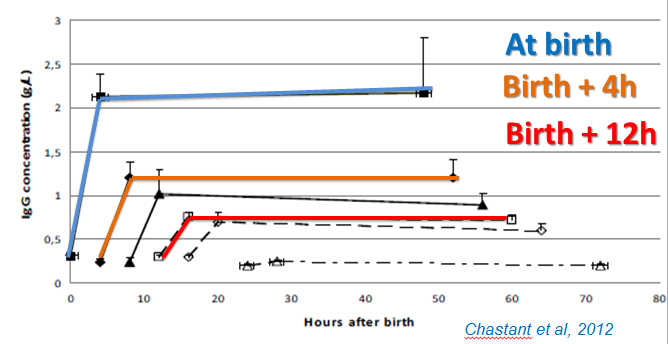 Absorption rate of antibodies from the colostrum in puppies. Full abstract here

As I am sure you understand, it is essentially a matter of timing. However, when you have it right, it does make a difference ! That’s a certainty  !