Feline reproduction: spermogram in cats, feasible or not? 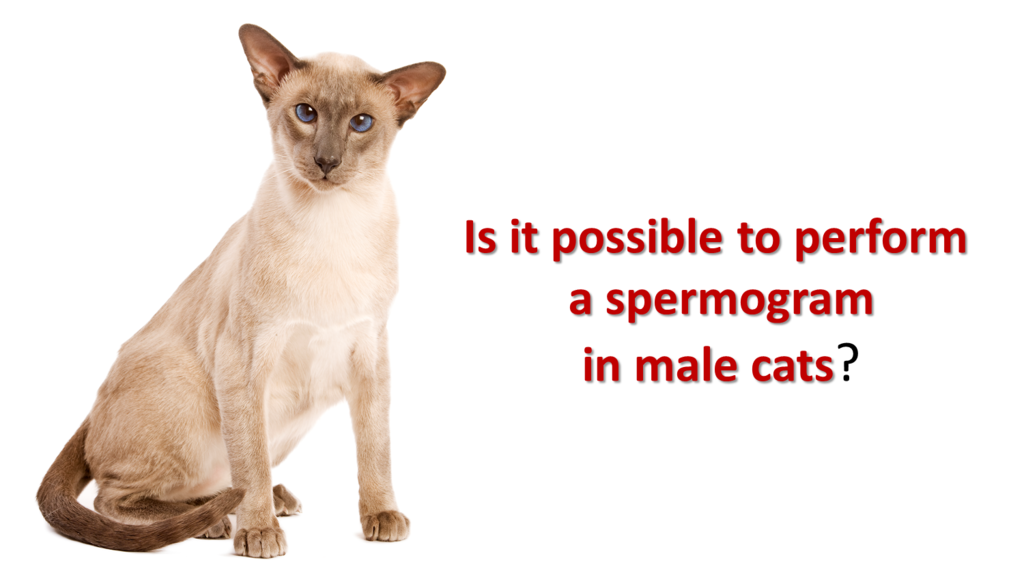 A spermogram is a laboratory analysis performed on the semen of a male to evaluate his fertility potential. As I mentioned in my previous post, this is something performed in routine in several species. While I was working at the veterinary school in Alfort, Paris, we were performing several of these analyses in dogs everyday. In canines, collecting semen is indeed no big deal. But what about cats? No doubt about that: it is a totally different story!

It is feasible but...

The main technique used to collect semen in male cats is called "electroejaculation". This technique is used in humans as well as in large and wild mammals. The concept is quite simple: the nervous pathways of ejaculation will be stimulated by a series of low intensity electrical impulses. This will induce ejaculation and an operator will be able to collect the and then analyze the semen. The technique itself is definitely easy to perform and it usually takes no more than 15 minutes. However, the electrical impulses are delivered by a probe placed inside the rectum (since this is the best way to access the nerves involved in the ejaculation process): this means a full anesthesia is required. Despite the fact that we now have safe short-duration anesthetic protocols in veterinary medicine, this is obviously a concern for many breeders.

When I started working at the veterinary school in Paris, this was not something we were performing at all. However, as time went by, we were having more and more questions on feline reproduction - and we were working in wild felids as well - so we started proposing this analysis to motivated breeders who had some doubts regarding the fertility of their males. When I left, we were at the point where this technique became part of our routine. However, don't except all veterinarians to be able to do the same. To perform electroejaculation, an electroejaculator like the one showed on the picture below is needed and very few clinics have access to this type of material. That is why it is still uncommon today to perform spermograms in cats. Few things about the cat ejaculate

As we were doing more and more of these procedures, we also learned that cat's semen is way more difficult to handle than dog's for several different reasons:

#3: When performing a spermogram, we focus on 3 main parameters: motility (% motile sperms)/ number of sperm in the ejaculate/ % of abnormal sperms. In dogs, good semen quality usually contains less than 30% abnormal sperm cells. Cats - especially purebred individuals- are however known to be more prone to teratozoospermia, a barbarian term that means they frequently have lots of abnormal sperm cells in their ejaculate. Compared to other species, that automatically makes semen handling more difficult.

Maybe with the development of feline reproduction more clinics will be able to propose this test in the future. Meanwhile, I think it is good to know, at least, that it exists !