Small animal reproduction: my Top 10 predictions for the future!

I’ve been working in the field of small animal reproduction for around 10 years now. First comment I’ll make: time flies by! Second one (and honestly, the most important!): things have tremendously changed. During this time, we went through several « mini-revolutions »: democratization of genital ultrasounds, development of genital endoscopy, GnRH agonists implants becoming widely available… Lots of great stuff that brought new approaches, new therapies, new perspective in both canine and feline reproduction. I was lucky to have access to all these tools, and hope they will be used more and more in veterinary practices in the coming years. But now, what about the future of this discipline? That does not worry me too much: there are several techniques that are performed in the other mammalian species that will be worth developing in canines and felines. Researchers won’t lack inspiration, we just need to give them some time to bring to us the next revolution(s)! Here are what I consider the Top 10 future advances that will dramatically change our approach of small animal reproduction: Prediction 1: Feline insemination will become part of our routine

Maybe some of you remember my previous post on this topic (see here), but I truly think this will be the next BIG step in small animal reproduction. We’ve been AIing bitches for nearly 40 years now, and this really facilitated genetic improvement of the canine breeds (think about it: canine breeders can virtually access to any dog around the globe thanks to AI and semen processing techniques). In felines, there is still a huge gap to bridge before being able to do so. But such a technique will open new horizons in terms of genetic selection. Good news however: several reports have been done in the last few years on this topic. And I was recently introduced to an endoscopic technique to perform intrauterine AI in felines. The future seems definitely bright, pretty sure we’ll soon see more reports on that!

Prediction 2: Semen processing techniques in cats will become a reality

Performing AI in cats will be a great step forward, but this will have to come with semen processing techniques, like semen chilling and freezing. Some protocols already exist in the literature but they still need to be improved for commercial use. Collecting semen in cats is not something difficult nowadays, we were doing it in routine in my previous unit. Imagine the possibilities: a male cat could be collected in Paris, its semen frozen and shipped anywhere around the world in order to use its genetic potential in any feline breeding program. How great would that be? 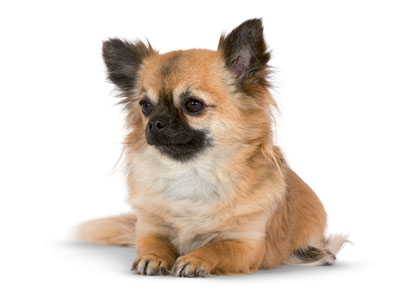 Prediction 3: Embryo transfer will become available in the canine species and be part of the management of certain cases of infertility.

I remember diagnosing bitches with « chronic endometritis » or « severe fibrosis of the uterus » (easier to do today thanks to endoscopy that permits collection of uterine samples for histology/bacteriology). And I remember feeling a little bit powerless in front of these cases. Indeed, the uterine is severely damaged. Poor prognosis in terms of fertility… I had a diagnosis, but no alternatives. These severely damages uterus are problematic because they will not allow embryonic implantation and development. In other species, this is bypassed by the use of embryo transfer: the embryos are collected before implantation and transferred to a healthy recipient mother who will carry the pregnancy to term. This could be done in dogs as well. That would be great.

I was recently attending to a repro seminar in the US and this is something that was discussed. Indeed stem cell therapy is one of the current « hot topic » in veterinary medicine, for instance in order to treat arthritis by repairing the damaged cartilaginous surfaces. The same technology could be used to somehow fix those uterus that are too damaged to carry a pregnancy. That sounds like an exciting therapeutic alternative!

This is something that can « easily » be done in the feline species nowadays (providing that you are working in a research centre that is used to work on oocytes) but in canines, this still sounds like science-fiction. Why? Do you remember one of my previous post describing how unique the canine reproductive physiology is (click here to access it)? Well, because of these unique characteristics, we don’t know how to obtain mature canine oocytes in-vitro (only 10% of them will mature vs >90% in most other mammalian species): currently these techniques have a very very low efficiency rate and represent a real limitation to the development of in-vitro techniques. When this will be mastered, maybe in the future we will be able to obtain canine embryos in-vitro. Some people might wonder what for. Keep in mind that such in-vitro techniques are used a lot nowadays when dealing with human infertility. This could become an useful tool as well in the canine species.

Prediction 6: We will be able to perform ultrasound-guided ovum pick-up (OPU) in bitches and queens

Ovum pick-up = oocyte collections. Why do we need to collect oocytes? Well, that will definitely help the research to move forward (there are still lots of things to learn on oocyte physiology, especially in canines). But that would also make the development of the in-vitro biotechnology techniques I mentioned earlier easier. This might sound like science-fiction, but these techniques are now routinely used in human medicine. If we could do it under ultrasounds, it will be minimally invasive (today, oocyte collection in canines and feline is usually done after spaying the animal). Again, this could offer great opportunities.

Prediction 7: We will freeze ovarian cortex

Canine breeders have all heard about semen freezing. Great tool to virtually maintain the genetic potential of males close to eternally! But what about females? Well in other species they freeze ovarian cortex: these are parts of the ovary and contain oocytes. The breeding career of a female should generally come to an end around 6-7 years (the uterus is generally getting weaker and we observe an increase in difficulties to give birth). But imagine that after spaying her, you could freeze and keep some of these remaining oocytes (because the ovaries still contain lots of them, remember there is no menopause in the bitch)? For sure, the other techniques described above (like in-vitro fertilization and embryo transfer) will be needed, but if those techniques are mastered as well, a world of new possibilities will be offered to us!

Prediction 8: We will freeze embryos

Same things with embryos! Will be great as well, won’t it? The technique already exist in other mammalian species as well, but canine and feline embryos contain lots of lipids which might make the freezing process more complicated. Complicated maybe, but not impossible!

Neonatalogy (dealing with newborns between 0-3 weeks of age) is one of those grey areas of veterinary medicine. To make it short: still a lot of things to discover! Today we have nearly no way to help premature puppies and kittens (born before 58 days post-ovulation) while in human medicine, they have procedures, drugs (like synthetic surfactant - a liquid synthesized in the lungs of the newborns at the end of pregnancy and that allows breathing)… These might become available in our veterinary clinics in the future.

Remember, puppies and kittens receive their immunity at birth through suckling of the 1st milk of the mother, the colostrum. Failure of colostral transfer is a well recognized risk factor in mammals when it comes to neonatal mortality. Unfortunately nowadays in dogs and cats, we have no real alternatives when the mother cannot pass this immunity to her offsprings. We have great milk replacers (see here) but if they will bring the energy required, they will not provide immunity. In bovine and equine, they have colostrum banks that can be used as alternatives. This might never be feasible in canines or felines (but who knows?) but the development of a synthetic colostrum will be a real asset to help newborn kittens and puppies. No idea how this will be done honestly, but this will be great!

This list might definitely sounds like science-fiction, and one might smile at it. I grew up with these futuristic movies where you could see people using flying cars and tablets in their everyday life. Well, we don’t have the flying cars yet (what are they waiting for?) but these tablets I mentioned are now
part of our reality. Don’t you think the same could happen in small animal repro?

Remember we are all part of the same PRO community! Don’t hesitate then: share with us your experiences, ask your questions and let us know what you think! Social networks enable us to keep the discussion going, so whether you are a Facebooker or a Twitter-addict, you can – and should!- be part of it!