CONTEST: What do Royal Canin, the South of France and dog breeding have in common? The answer is...

The International Dog Breeders Convention, to be held in La Grande-Motte, France, in January 2014! Enter our contest for a chance to attend this convention and tour Royal Canin’s Campus in France.

Tell us how you live Royal Canin’s Pet First philosophy on a daily basis for your chance to win. Your response must be between 300 and 400 characters and may be submitted in English or French. Click on these links to read the Contest Rules and our Privacy Policy.

We invite everyone to enter and are looking forward to examples of the wonderful breeders we have in Canada.

Looking forward to seeing you in France!

Congratulations to all the winners.  Read your posts because I am very interested in what you have to say.  Please share your experience in France when you return.  What a fortunate experience for the four of you!

Comment by Faberly Boxers on December 4, 2013 at 12:22pm
Congratulation! What an amazing opportunity! Please keep the rest of us informed of what you have learned! The only way we can all make this wonderful passion better is to share knowledge! Have the trip of a lifetime! Cheers!!

Thank you Royal Canin for the opportunity to go the the International Dog Breeders Convention, I am speechless!

Congratulations to all the winners, enjoy!  Thanks again for the opportunity, Royal Canin!

My heartfelt congratulations to all the winners!!

Breaking news: our lucky winners are....:

Comment by Emmanuel PRO Technical Service on December 2, 2013 at 8:40pm

Thanks for all of you who entered our contest! Now we are all waiting for the judgements, results will be announced on Dec 4th! Good luck! 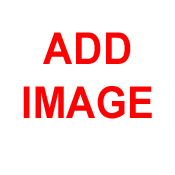 Someone once said, "The time you spend with a dog is added to your life".  Well then. I should live to be very old indeed!

For me there is a spiritual connection that occurs when a baby puppy falls into my hands and takes its first few breaths.  Together, we begin a new relationship full of promise and all things wonderful.  As my puppy grows and matures and meets the physical benchmarks for my breed, I fill my imagination with dreams of amazing accomplishments.

But I always awaken from my little moments of reverie to resume my joyful duty; to love and care for my little charges, to nourish their bodies and to feed their souls.  I believe that if I nurture them well, the ribbons and accolades will find their way here without too much effort and my  dogs will be too busy having fun to notice them at all !

My dogs are my passion and I wouldn't have it any other way.

Thank you Royal Canin for the part that you play.

I am writing this to let you know why I think Royal Canin should send, not myself to France, but should send my dear friend Diane Herns of Karmadi English Springer Spaniels to France.

I am a Newfoundland dog breeder, and have been using Royal Canin dog food since 2007, after being introduced to the food by Diane Herns.  I am very pleased to say that am quite impressed with the quality and assortment of foods available from Royal Canin. I appreciate the different foods for different stages of growth; from the puppy formula, starter, right up to the aging care brands. I am also impressed with the breed specific foods.  Puppy packs are a fabulous addition to the ‘puppy care’ kits that new pup owners go home with.

I first tried Royal Canin dog food at the suggestion of my dear friend, Diane Herns of Karmadi English Springer Spaniels.  She had told me how impressed she was with the quality of food.  She wanted to conclusively decide if it was as good a food as the brand that she previously used, and to that end created her own ‘study’.   She bred two sisters to the same stud dog, and fed one litter her previous food, and fed the other litter Royal Canin.  She compared the puppies in each litter, and determined that Royal Canin was the superior food, and has never looked back!

Diane Herns has bred many Champion dogs; is always in the ribbons at the English Springer Spaniel Specialties, had #1 Sporting dog in the US in 2007, visits nursing homes weekly with her Therapy Dog, and competes in Agility & Obedience, .but most importantly, is a Champion of dog health.  She is at the forefront of DNA testing, spending untold amounts to donate to studies trying to understand and eradicate diseases in her beloved breed.

Diane is a tireless promoter of Royal Canin food and products (both she and her husband have Royal Canin red winter jackets!)   I am her web designer and had added a show photo to her site, and had cropped the photo to better fit the space.  She emailed me to let me know that I had taken too much out of the photo, and wanted the Royal Canin dog food bag (sponsor of the show) back in the photo!   Diane is ever in contact with our breeder representative providing feedback on products.

I think if ever there was a person deserving of this trip, I would love to see Diane Herns have the opportunity to go to France.  It would be a wonderful trip of a lifetime as well as a wonderful learning opportunity for her.   I would also like to think that Royal Canin would be sending an ethical, informed, top winning breeder as a representative of Canadian breeders.

I've been living the Royal Canin philosophy with my Labradors since 2006.  Meeting individual needs with appropriate diet is easy with the range of nutrition available, educational material supplied and Pro Repguidance.  The ability to consult Dr Fontaine, attend seminars and access the Diagnostic Assistance service completes the package.   It is a privilege to recommend the Elite Breeders Club to breeders and the Pet First educational newsletter to puppy buyers.